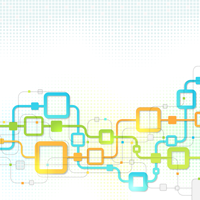 Dean Lee McKinney, the former owner and manager of an Oregon-based hotel and restaurant, began his career more than 20 years ago after receiving a bachelor’s in economics from the University of Oregon. While completing his undergraduate studies, Dean Lee McKinney spent some of his time in property management and the hospitality industries. This experience helped him in his later roles.

Shortly after graduating from college, he took on the position of assistant general manager at a hotel in Gold Beach, Oregon. For close to 10 years, he promoted efficiency, managed expenses, supervised personnel, handled maintenance issues, and communicated with customers. Beyond that, he implemented a marketing program and collaborated with suppliers and other external parties.

Three years prior to ending his tenure as assistant general manager, Mr. McKinney entered into the real estate sector as manager of McKinney Properties. He maintained this position until 2014, during which time he improved accounts receivable for the trust and implemented operational infrastructure that contributed to the trust increasing its value by 100 percent.